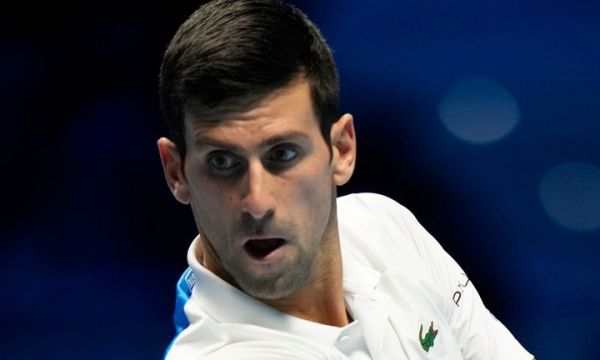 When Djokovic challenged the decision, Mr Morrison said it was up to the court.

But suddenly the government's position began to look very shaky as it asked for more time - denied by a judge - to compile its legal case amid questions over federal procedures. It also faced scrutiny over why Djokovic had been allowed to get on a plane in the first place.

The whole thing could have ended when judge Anthony Kelly decided in Djokovic's favour - citing a bungle in the process at Melbourne Airport - and ordered the government to reinstate his visa and get him out of detention.

The immigration minister, Alex Hawke, had the option to use his executive powers to cancel the visa and deport Djokovic and he did.

A lot has been said about the motivation behind this - mainly that it's political. And it is. The blaring politics is impossible to escape.

There are two things to consider here on the government's front.

First, the deep embarrassment this has caused the Morrison administration. To Australians and indeed to the world, politicians look like they are enforcing rules they themselves don't understand or are unclear about. They also seemed to not talk to each other.

The decision comes as an election is just around the corner for Mr Morrison
One layer of government - the state of Victoria - was making decisions with Tennis Australia, in isolation. Federal officials were saying something entirely different. And the tournament organisers were complaining they'd been caught in between.

The second has to do more with Covid and less with tennis. The mood in the country is one of shock and fury. Australia's two most populous states, New South Wales and Victoria, have been reporting tens of thousands of cases for weeks now.

Testing clinics are still struggling and the number of deaths is also rising. Though it's not at the rate of, say, Europe or the US, this is Australia - a country that imposed some of the strictest Covid rules in the world. A country where, at times, a single case could push a whole city or state into lockdown.

Australians feel abandoned. They feel like things have turned so bad, so quickly. Many also say they've done everything that's been asked of them.